Not far from Lake Tahoe, today’s travelers have discovered that romantic ol' Wild West Genoa NV is a place of excitement, adventure and a wealth of activities. Read More

Providers These companies can get you there

Relax at this picturesque resort. Enjoy the hot springs mineral pools, spa treatments, splash around in the swimming pool or take a short drive to explore the mountains.

Modern comforts in a historic setting to enjoy a quiet getaway in Genoa. You're sure to be comfortable at the Inn.

Relax in a historic and quaint location. Join us for your next romantic getaway or celebration such as a wedding or shower.

Today's town has something for everyone. Churches from the main denominations are surrounded by immaculately kept lawns and gardens. The old fire hall has become the local town hall. There are two main museums, parks and plenty of activities for families and tourists alike. People come from all over to celebrate festivals, national holidays and crafted talents. Others prefer the pleasant backdrop of rural scenery for weddings and family picnics.

Historic Genoa, Nevada, is nestled at the base of the eastern slope of the Sierra Nevada Range, just 25 minutes east of beautiful Lake Tahoe, and one hour south of Reno.

The small town of approximately 250 residents and many local amenities and shops, welcomes visitors for a day trip or longer restful stay. The area in and around Genoa offers spa resorts, hotels, motels, bed and breakfast inns, campgrounds, and RV parks. Lodging options are available to accommodate any budget. In the true Nevada tradition, the valley also plays host to casino resorts that include great dining and well-appointed rooms.

With so many Nevada winter and summer recreational opportunities, it is always buzzing with happy tourists. Genoa is located in an area of Nevada known as Carson Valley. Fishing for rainbow, German brown, or cutthroat trout is popular at Topaz Lake, the Carson River, and streams and ponds in the valley. Hikers enjoy lush green trees, vibrant wildflowers, and abundant wildlife.

Nearby, Lake Tahoe is home to ski resorts and sandy beaches, and boasts some of the world’s best terrain for climbing, hiking, and biking. The Minden-Tahoe Airport, a general aviation facility, is known as home base for one of the best places in the world for gliders and soaring. Glider and hot air balloon rides are available most of the year.

From the shores of Lake Tahoe near Stateline, NV, it is only 17 miles and only 30 minutes to Genoa. It is a beautiful drive through forested mountains and green lush valleys. 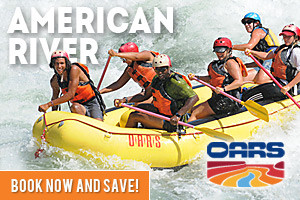 Genoa's claim to fame is that it was the first recorded settlement in Nevada in 1850.